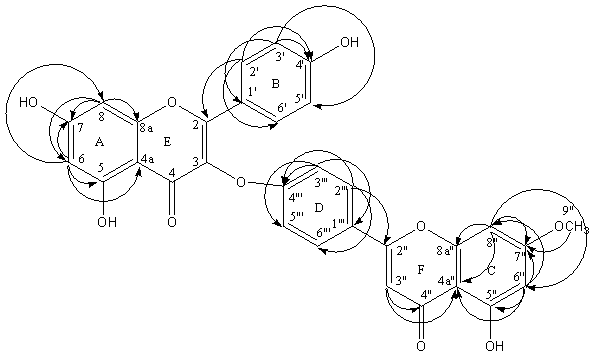 Abstract A new biflavonoid, 5,7,4′,5”-tetrahydroxy-7”-metroxy-[3-O-4”’] biflavone along with four known biflavonoids and one known phenolic acid was isolated from the herb of Selaginella uncinata(Desv.) Spring. Their structures were elucidated by spectroscopic methods.
Keywords Selaginella uncinata；5,7,4′,5”-tetrahydroxy-7”-metroxy-[3-O-4”’] biflavone